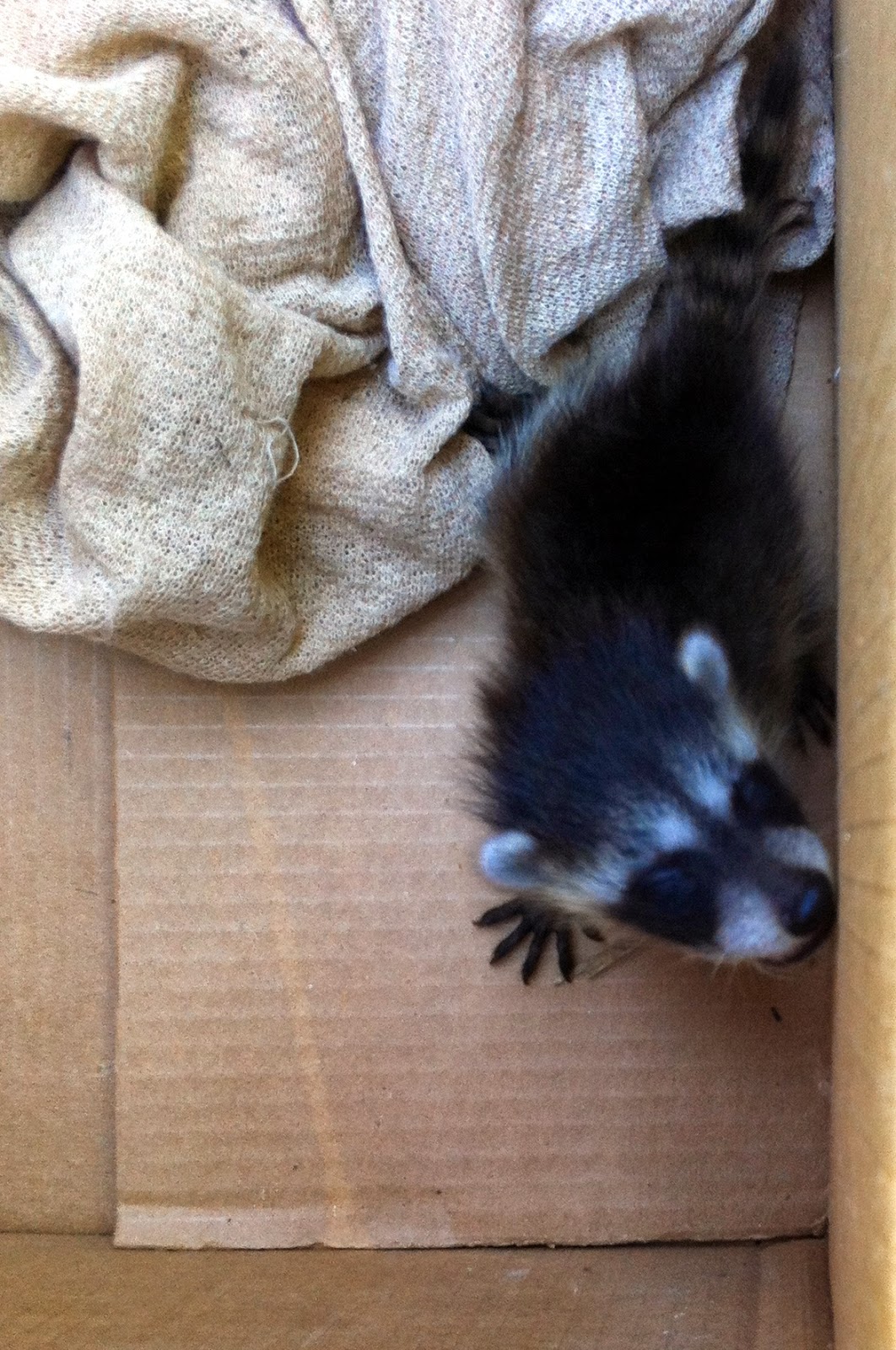 For the last 2 or 3 days we continued to hear an unidentified "chittering" noise in the barn, and couldn't figure out where it was coming from.

With help today from friends, Monica and Anne, we moved some bales of straw and found a litter of babies between an inner and outside wall of the barn.

With the frantic noises they were making, we have to assume the momma raccoon hasn't been able to come back for them. 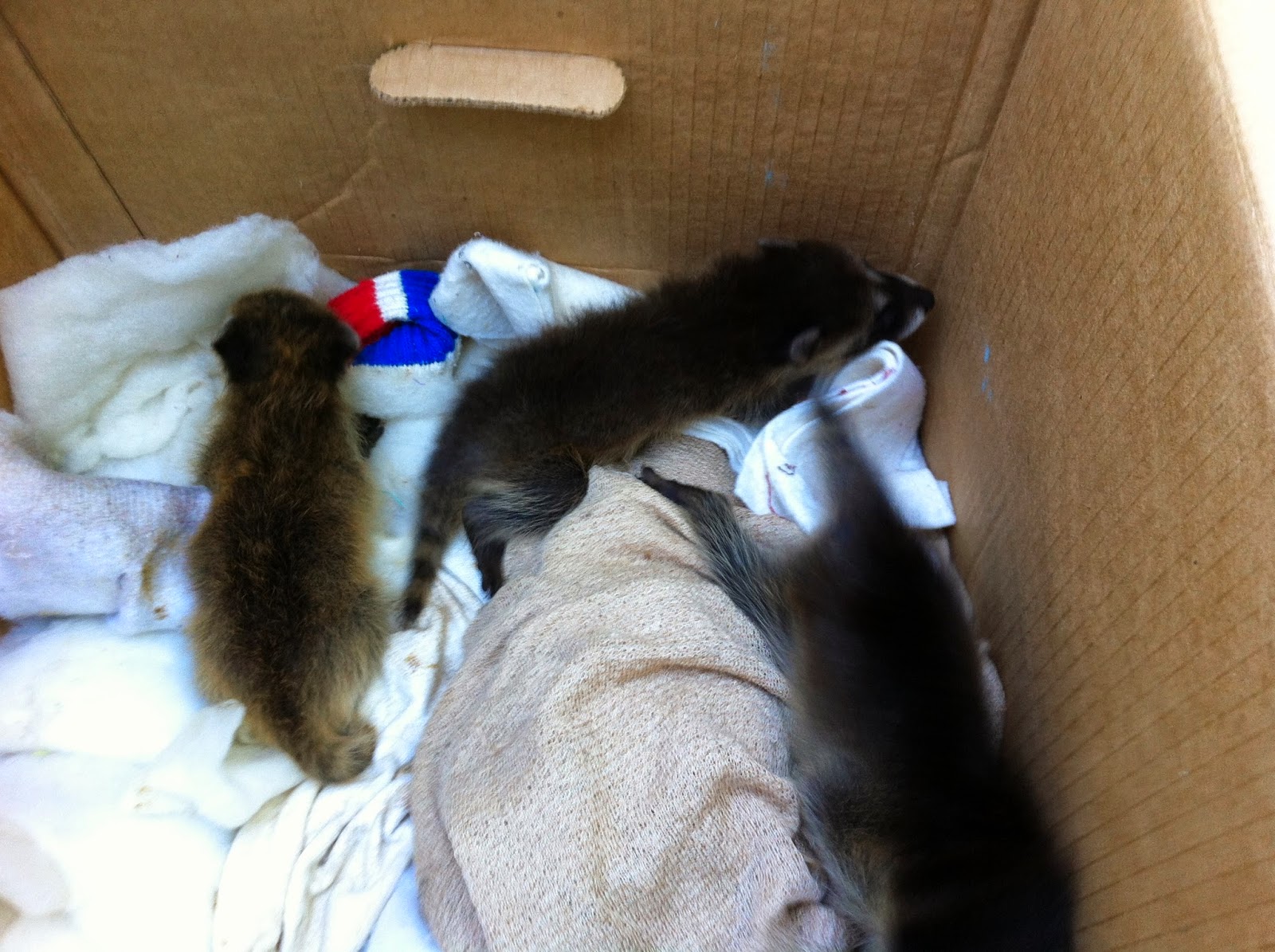 Two of these babies came out of their nest and we placed them in a box.  The smallest baby had made its way out of the wall and ended up in another room.  He had collapsed there, but seemed to revive once he had been warmed up and rejoined his siblings. 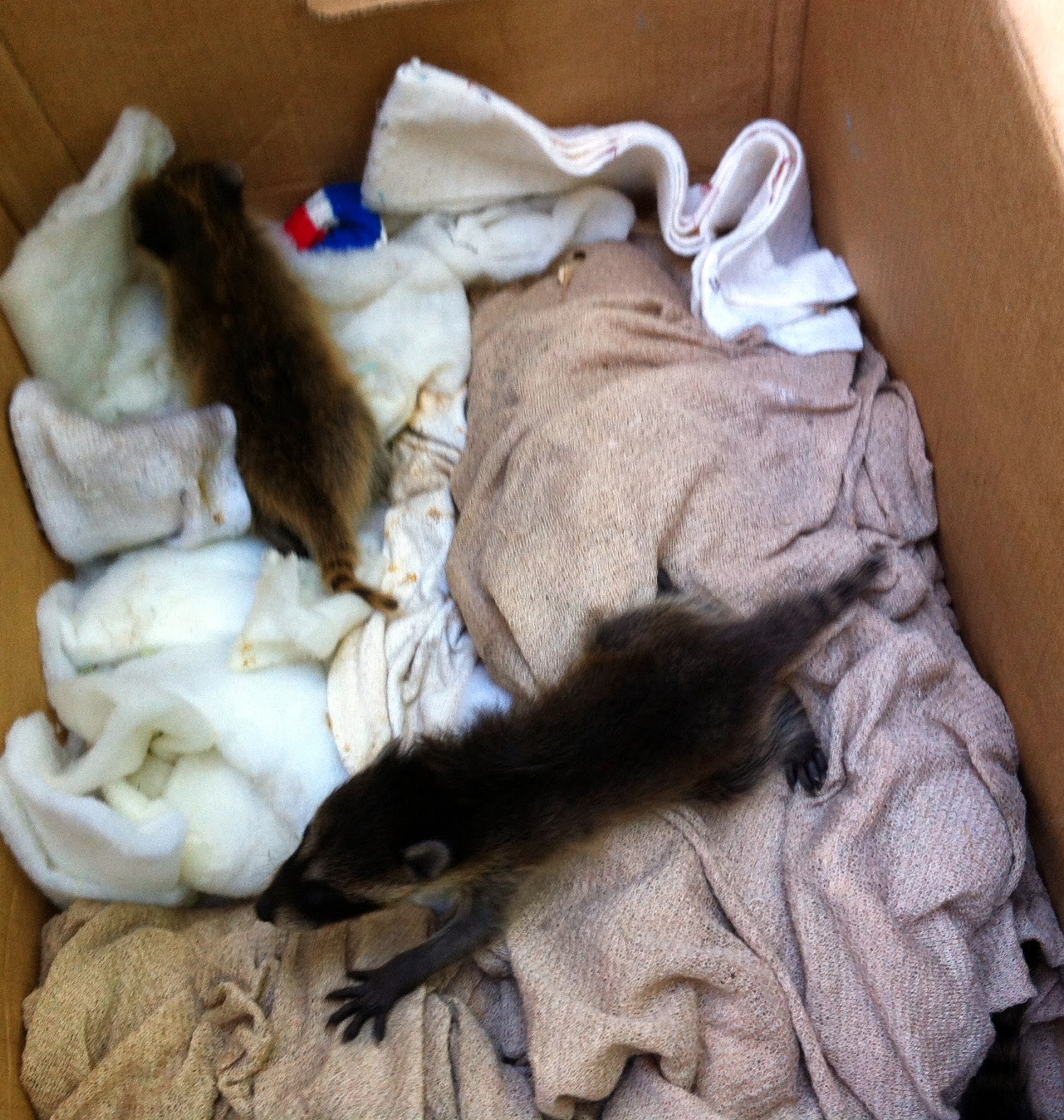 We put on a search for someone who could handle their care and rehabilitation and were lucky to locate a local gal who was willing to come to our assistance.

There were two more babies that were literally stuck in the wall space.  We were able to loosen the siding of the outside wall and reach in to rescue them.

All five babies are now in much more experienced hands, and we hope to get updates and pictures in the future.