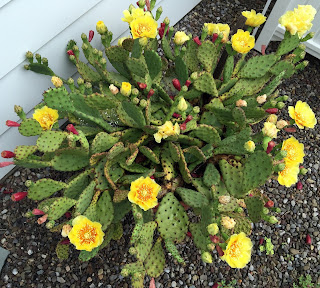 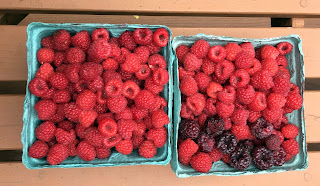 Our prickly pear cactus blooms each year, and this year's display has been prolific.  My friend, Dorothy, dug it up from her garden in Michigan in the early '90s.  We had it planted in a protected spot near the house until the studio was built in 2007.  It had survived the winters outside, but now that it's in a pot, we bring it inside for the winter. 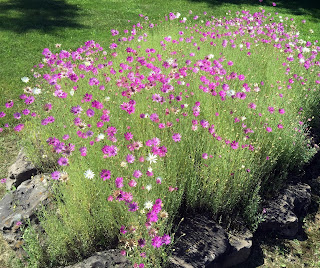 The raspberries are ripening, and I'm finding at least two, and sometimes three, quarts each day.  We have mostly red raspberries, but there's still one original purple raspberry bush hanging on since 1970.


These flowers are Immortelle.  They're known as everlasting because they're wonderful for drying.  If kept out of direct sunlight, they will keep their colors for years. 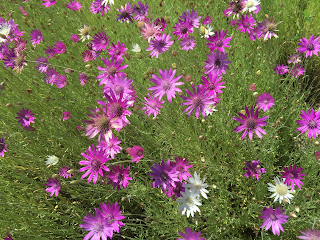 I've grown them in years past and never had them winter over.  But last fall they had re-seeded themselves, and those little plants made it through our hard winter.


I attempted to thin out some of the plants this spring, but finally decided to just see how they would do.


I like the display they're making, and now I hope they'll come back again for next year!