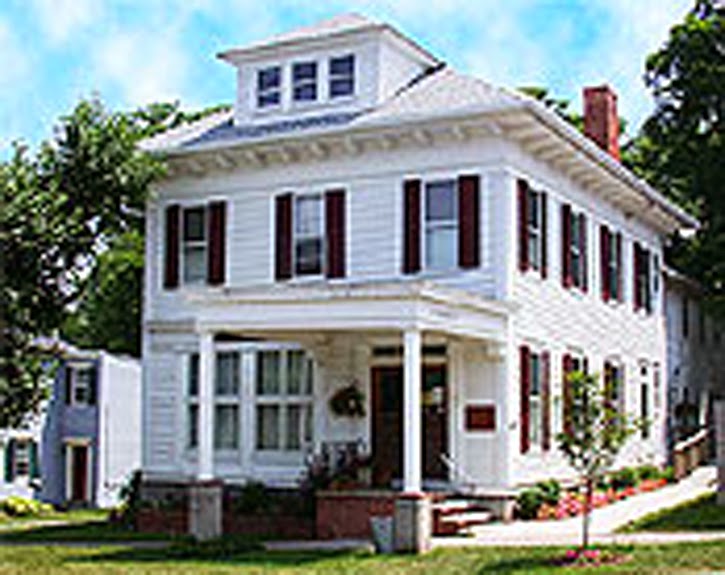 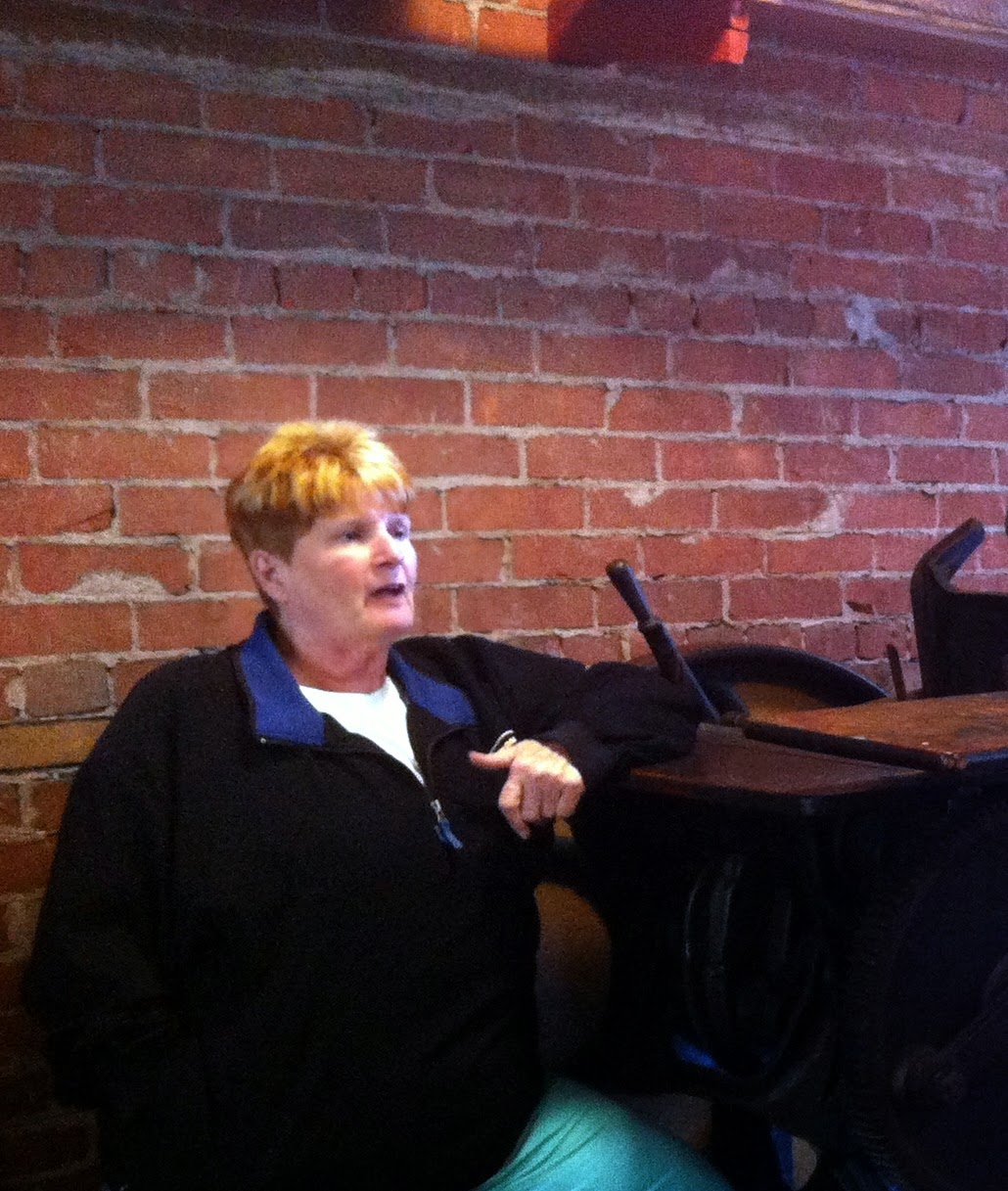 Ken, Patty, and I had a fun tour of  the collections in the Palmyra Historical Museum, housed in this former hotel and tavern on Market Street in Palmyra.  There are 23 themed rooms full of memorabilia.

I even found my high school picture displayed with those of other classmates which had originally been hung in Evy's Krummy Hot Dog Stand!


Bonnie Hayes was our docent and did a terrific job of telling us about all the exhibits. 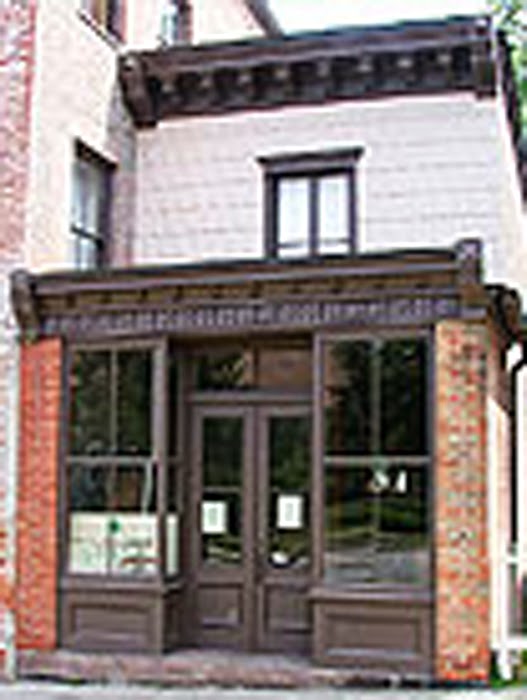 This is the Print Shop Museum which contains examples of the printing presses and cutting equipment that was produced for over 60 years. 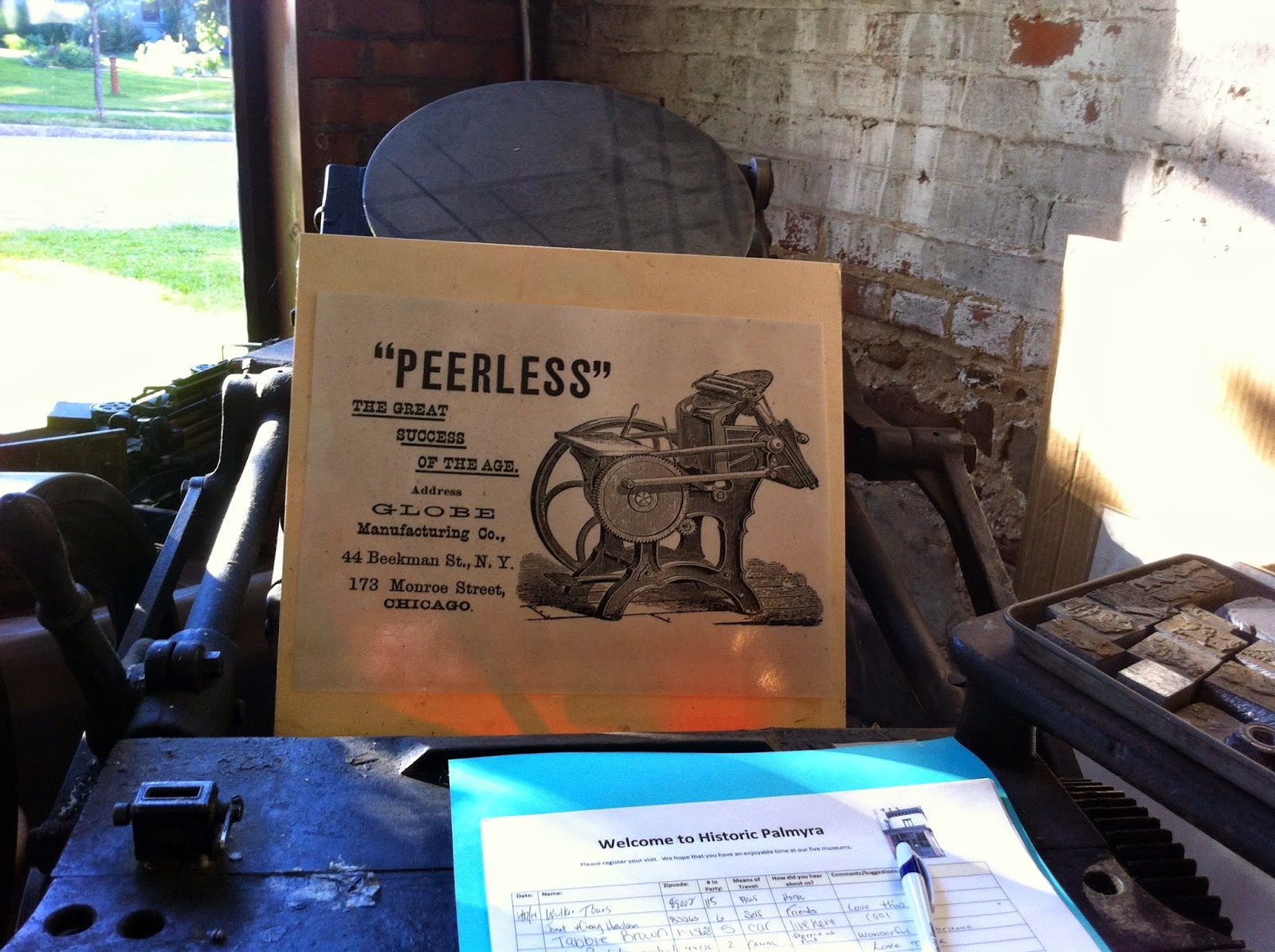 The equipment was marketed  under the names Peerless, Ben Franklin, Global, Star, Jobber, and Lightning. 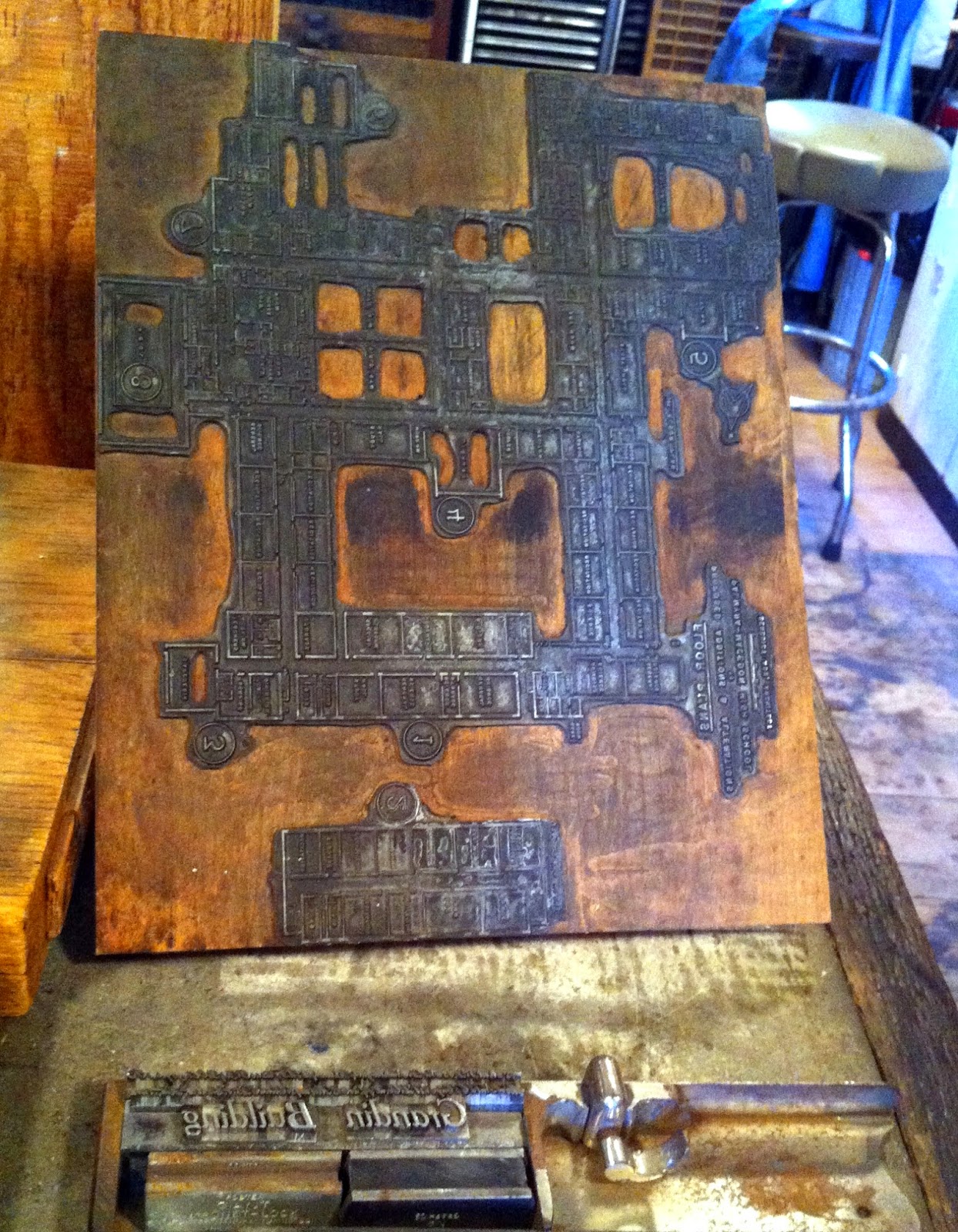 This plate was used to print the layout of the "new" Pal-Mac high school in the early 1950's. 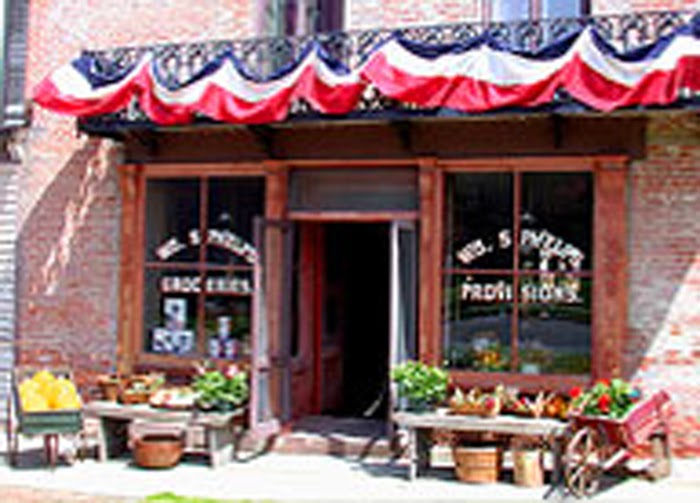 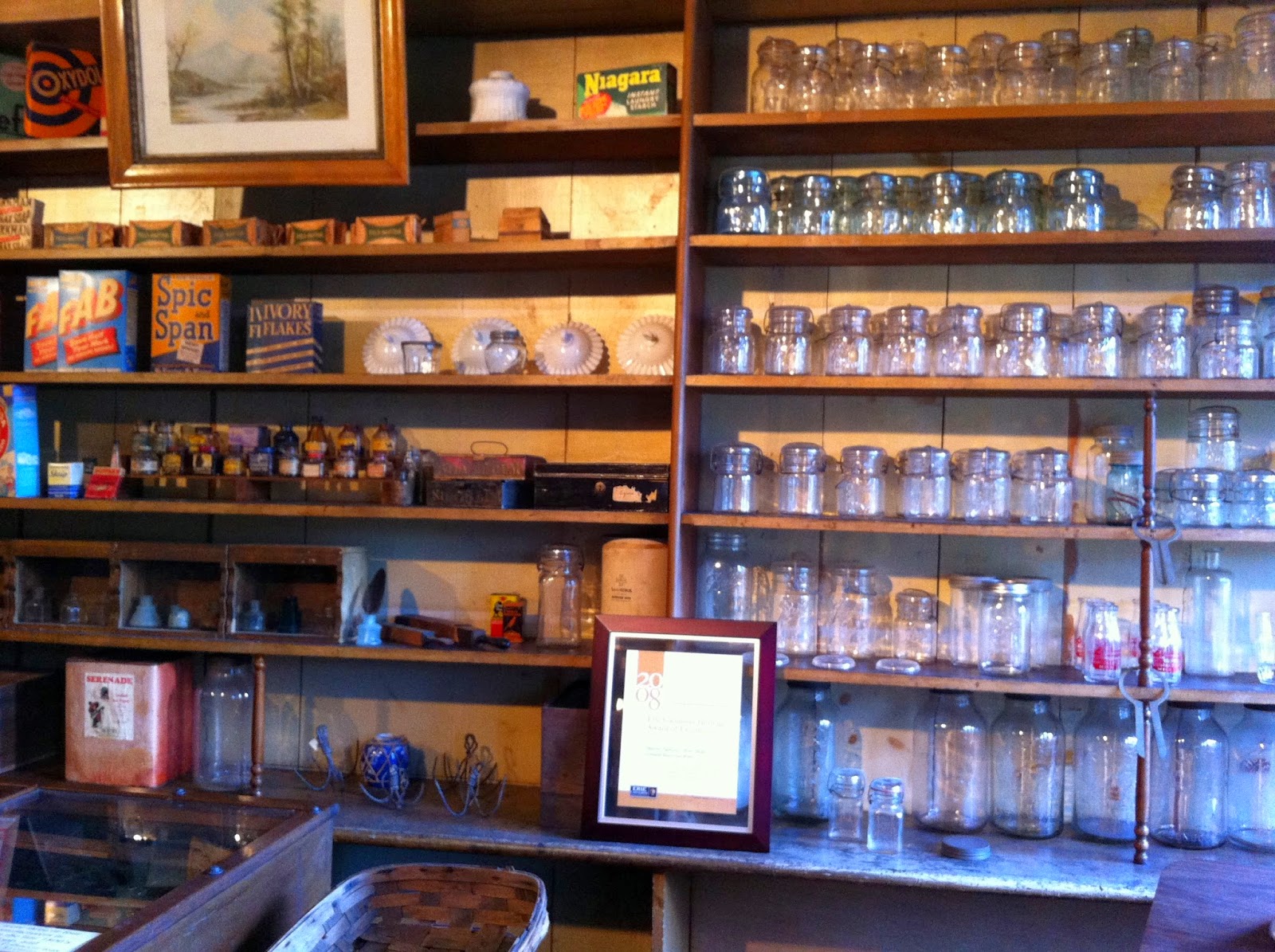 The Phelps General Store -- "where time stands still."    The building was renovated  by William Phelps in 1875 to house the store.  His son Julius locked the doors in 1940 and it has been untouched since. 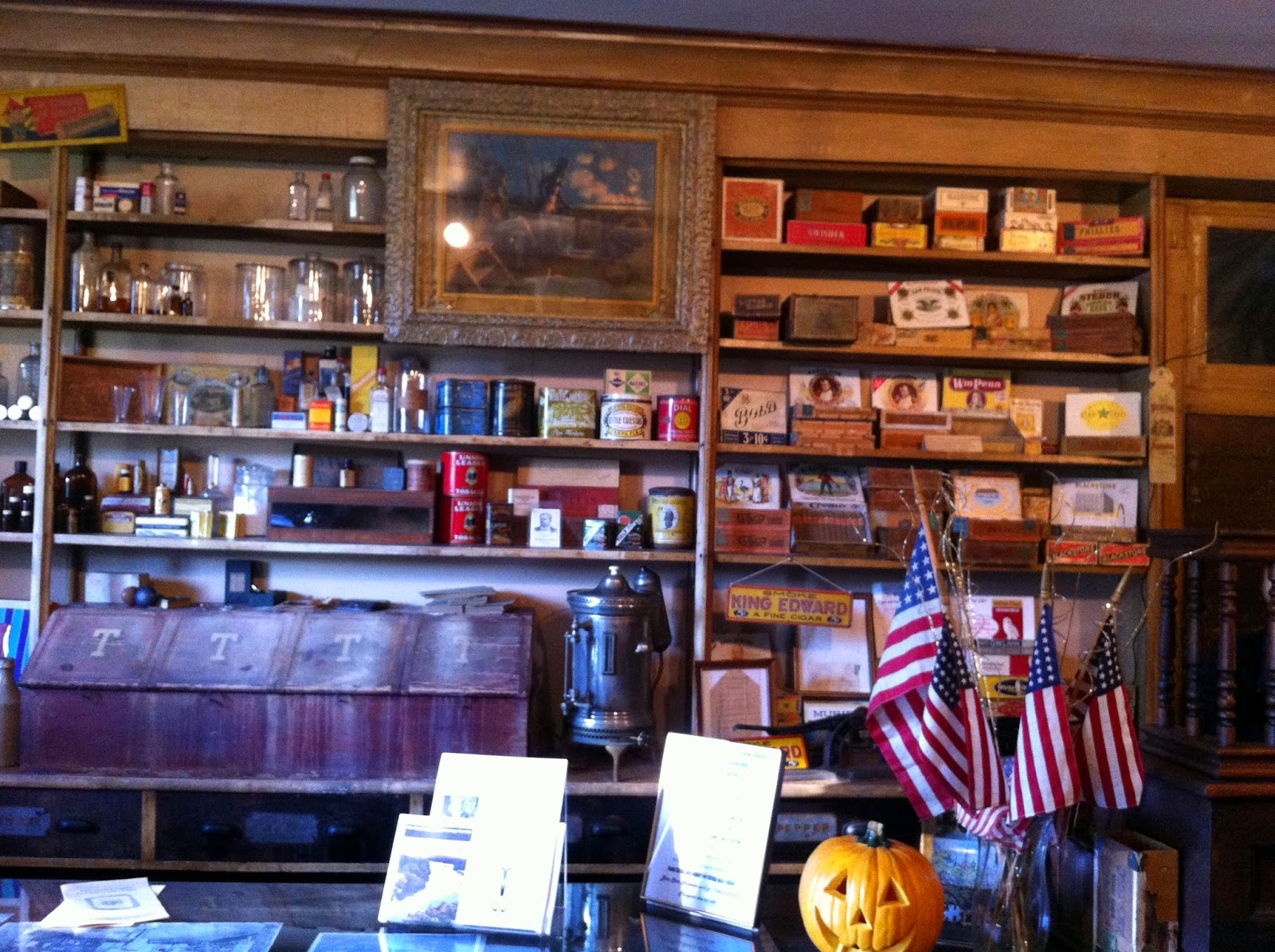