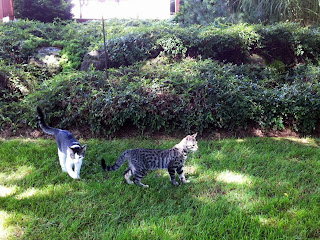 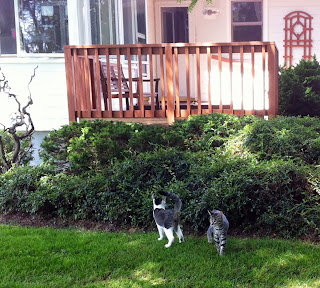 We have two of the feral kittens as permanent residents.  They are friendly and very used to their inside routines.


On their first venture outside, they were tentative even to the feel of grass on their feet.

It's the first weekend in August in these pictures, and the kittens are 4 months old. 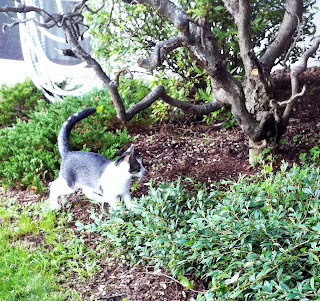 They soon began to explore the territory just off the deck and still close to the house and entry doors.

Now, of course, they love the freedom of chasing bugs, playing under the bushes, crawling under the deck and spending most of the day in charge of their own routine and georgraphy!

Toby is in this picture and Sophie is in the next picture. 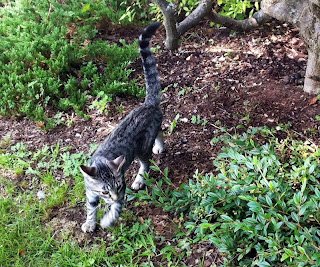