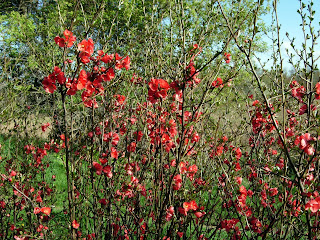 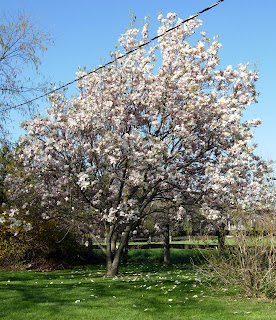 hedge begins to develop early blossoms.  Unfortunately, we find these are an ornamental variety, when we thought we had bought the fruit-producing type.  Pretty -- but No Jelly!!! 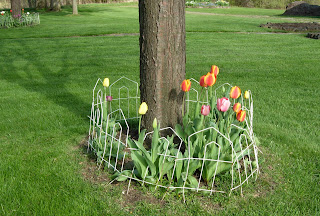 was full flowered this year.  We have had fungus problems other years, but some spray treatment seems to have solved the problem.

Our usual full tulip display was attacked by deer this year, but some wire fencing saved some of the later varieties. 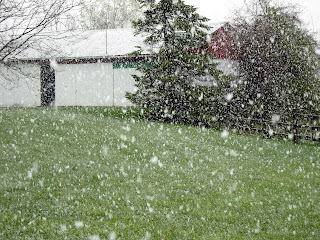 We had no measurable snow in March, but April flurries deposited a slight covering.  This ruined the chance of breaking the record for the shortest winter.  Prior to this we had new snow on the ground only during December, January, and February!