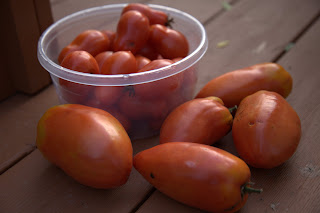 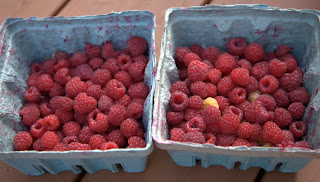 was almost non-existent this year after being hit by blight. But some of the plants are still trying to produce a bit of fruit. The plum tomatoes in the bowl are from varieties that we usually grow, and the ones in front are a new (and really large) variety. We wish we'd had a large crop of these for making tomato sauce....


The red raspberries are slowing down a bit, but still producing at least a quart a day. They'll keep going until we have a hard frost. 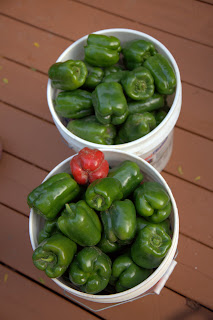 These are two 5-gallon pails full of medium- and large-sized peppers. There are still more smaller peppers growing on the plants.

We like putting away stuffed peppers in the freezer, but we're running out of freezer space!! 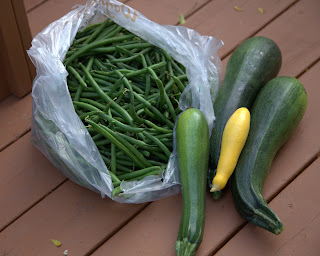 It's been an unusual growing season for the summer squashes. These came from the plants we started at the beginning of the season -- almost 4 months ago.

And the green beans are still producing too, with more coming on the vines. We're hoping we don't have a frost right away and can continue to enjoy all these goodies from the garden.