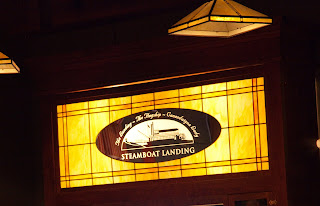 Marcia's brother Ken and sister-in-law Patty visited us over the weekend, and we headed to the Steamboat Landing restaurant in Canandaigua for Saturday night dinner. 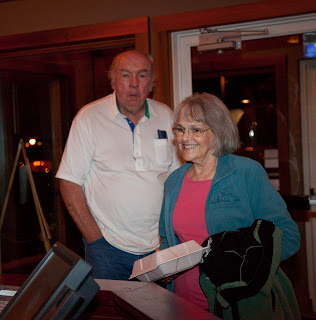 Bill and Patty wait after dinner as Marcia and Ken try out her new camera. Ken spent a good part of the time he was here "mentoring" Marcia on the use of her Canon EOS 5D Mark II and its accessories. 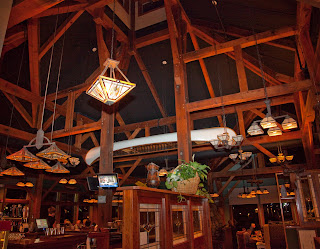 The interior of the restaurant features recycled Douglas Fir timers (as does our studio). They were installed by the same builders who designed and built our studio, New Energy Timberframers. The restaurant was built in 2001, and the wood was originally from the Welland Canal locks in Niagara Falls. 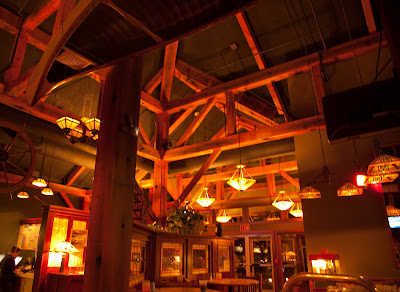 The pictures were taken in "raw" mode and developed in Adobe's LightRoom software. The possibilities for improvement are amazing, and Marcia and Ken tried out several of the software's many features.