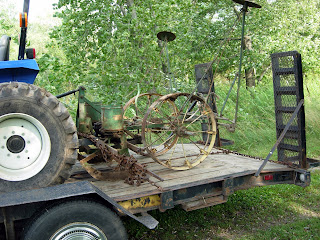 There has been an old John Deere corn planter in one of our barns for 40 years. Marcia's Dad, Ken Years, bought it in the early 1950's and moved it here when he purchased this property in 1968. 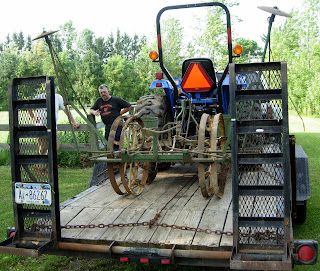 Bill Cooney, who was here to work on our old Ford tractor, spied the treasure as we were working on the sporadic starting problem for the often-used tractor. He has many old tractors that he has restored and thought the old planter would look good hooked up to one of them. 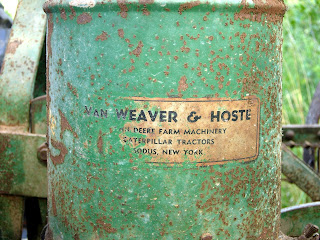 The corn planter was purchased in Sodus and Bill said the old company had been sold several years ago to DeLyser's, which has also since closed. 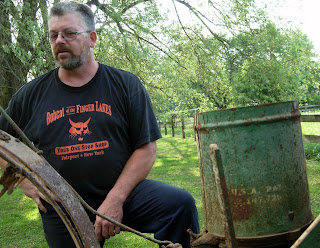 Here the new owner is looking over the old planter's bins (which have the original patent number still visible). He will repair the mechanics and repaint the old gal. He said it was in very good condition and had not been used profusely and would shape up wonderfully. We look forward to seeing the final refurbishing!