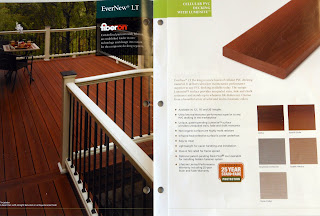 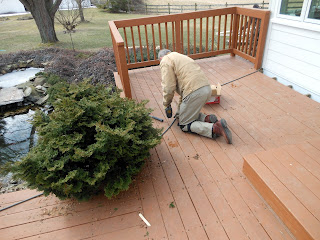 In our continuing campaign to upgrade our home and build with long-lasting, low-upkeep materials, we chose cellular PVC deck material for this project.


Peter is removing the screws from the cedar planks that comprise the existing surface.  The original deck was built by Dave Koeberle and his brother almost 20 years ago and has held up well. 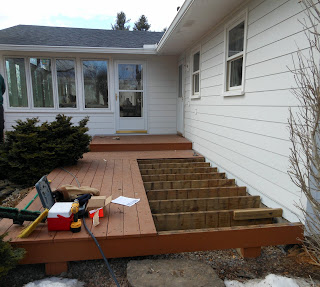 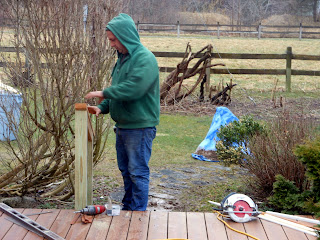 Some of the cedar needed replacement and rather than replace six or ten planks per year, we decided to rebuild the whole surface.  The treated 2-by-6 under-structure was in fine shape and did not need work. 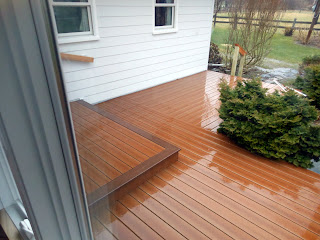 Paul works on some railing we added to the step off the deck.  As we age, a hand-up or down will probably be a good idea.

A look at the completed structure from the interior porch, as seen through one of the new windows (Note the nice interior framing).

The contrast board around the upper deck serves as a nice accent piece, along with being a visual reminder of the proximity to the step up or down.