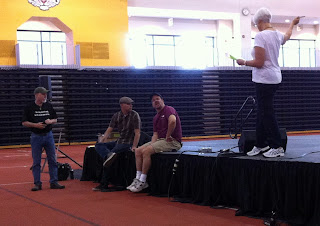 Our Genesee Valley Quilt Club hosted the Ricky Tims Super Quilt Seminar at RIT July 12 - 14.   Thanks go to Mary Anne Smith and Priscilla Kibbee for booking and organizing this event.

This is the very start of the event at 8 am of the opening day, where Ricky introduced himself and his staff -- Vinny, Justin and Pat. 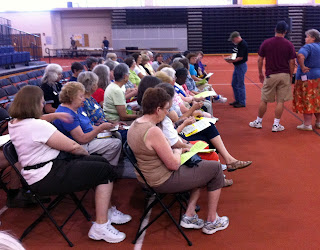 More than 40 volunteers were on hand to help with the event and acted as ushers, store clerks, white glove helpers, and personal assistants.  The volunteers also helped unload all the supplies, set up the store, and hang the quilt show before the seminar, as well as take down and pack up everything at the end.

My job assignment as Ricky's shadow included using his camera to take as many photos as possible of all the things that were happening, and I managed more than 500 shots.   But I didn't get many pictures on my own camera.

Several people have already posted about the event,  and you might want to check out the blogs listed at the bottom of this post. 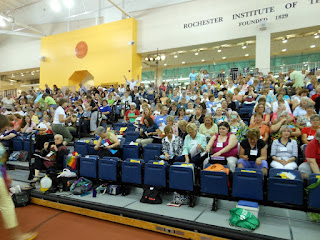 We broke the record for attendance at Ricky's seminars, with over 740 people, and had at least 140 people from Canada. 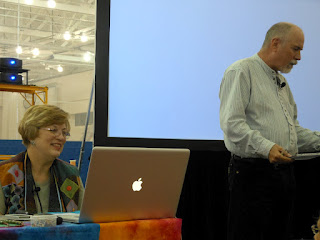 Libby Lehman on stage with Ricky, 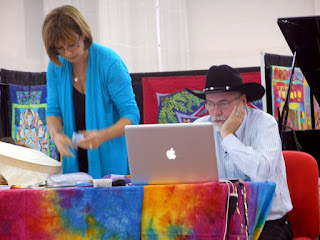 Alex Anderson and Ricky getting ready for the next session. 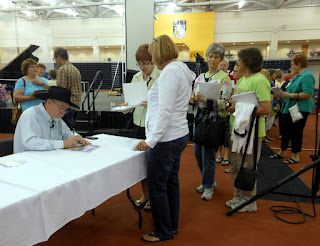 Long lines for Ricky's autograph at every break.


See other blogs below: